Ilona is no longer an illegal alien in Angola

Yes, it's true! Not only am I an immigrant to Angola, but for a wee while there I was illegal! Never thought that would happen to me, a Finn, European, a Caucasian hetero female (also a bit educated) and here I am, with all major boxes ticket above, I belong to a minority! I love it!
It was no joy ride for anyone to get my paperwork done, and I'm sure some strings, ranks and titles were pulled for help..
But here we have it! I have permanent residency of Angola! (for a year at a time) No more visa issues, no more paper-hell at the airports no more ducking at the backs-seat when driving past the police..
Angola is not very keen on giving visas, but hey, it's not like they need tourism currently..
In addition for my legal status, I am now also allowed to work here. Ahhhh, the plot thickens! Yes, I really can not wait to get myself to the employment arena and see the life from a totally different perspective! Since confirming my status I have in deed been in contact with some interesting companies.. Let us see how things develop!
But let me tell you what I have been up to in my almost six months of residency in Angola. Learning Portuguese is a given! Not quite fluent, but I think I'll get my message through when needed! But also, like the good illegal alien as I was, I took up the backdoor sweatshop facilities and started sewing! Ok ok, sweatshop is a bit strong; a perfectly good sewing machine and some lovely canvases I bought at the São Paolo market.
Canvasses with African patterns are called: Panos. Panos most often come from China, as everything else nowadays, but on occasion I see some from Nigeria as well. Panos comes in sealed packs of 5-7 meters, depending on the heaviness of the cotton. Panos are colourful and pure cotton, which makes them really ideal for this weather to wear, they breath through and are comfortable. What I love about these are the vibrant colours and how you see them on the streets. Everyday you see loads of women, mostly sellers on the streets that are wrapped in panos. I was told that one packet is sufficient enough for a wrap around the legs, wrap for the upper body and a head wrap. And these are not just to look good, most of the time women have jeans and shirts under the panos but they double as practicalities, such as the lack of toilets so the wrap around the legs you can wrap around your entire body when you need to squat by the road. The wrap on your upper body is most often used to strap a baby to the back and the head-wrap is what women use to carry their heavy loads on top of their heads for.

Life of an African woman is not easy. 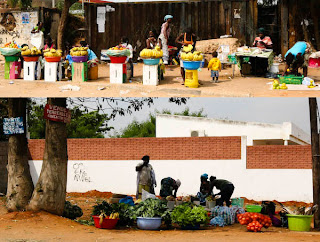 But I do not use the panos for anything necessary, but rather for my own pleasure. 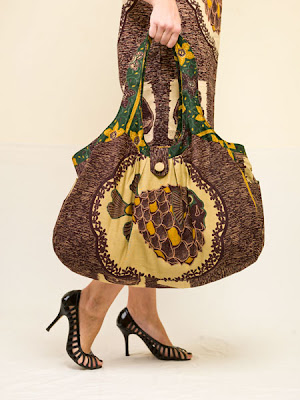 My latest idea has been to make hats. As I am used to wearing hats, I find it a necessity here as well, with this strong sun piercing through my sunblock 100..
Anyhow, here are a few below and I must admit: I already managed to sell. I'll be open to investment plans, anyone anyone? I guess I need a name as well ha ha haa Kamene keeps calling me the "crazy hat-lady", as if I was mad as a hatter! 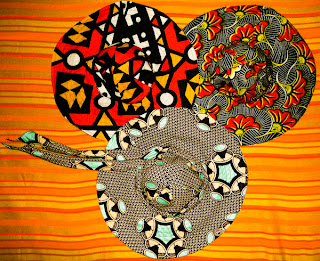